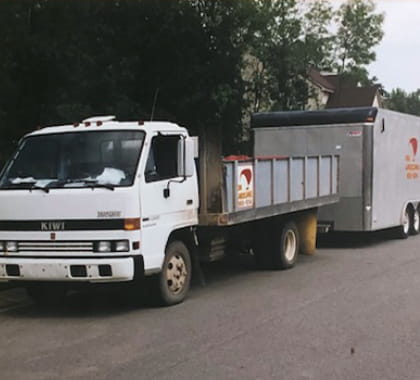 And…how Kiwi Landscaping got its name.

Most people think that a kiwi is a fuzzy, brown-skinned fruit, or a brand of shoe polish. Kiwi birds were New Zealand’s first known land inhabitants, along with tuatara lizards. The reason the kiwi doesn't fly is that it never had to. There was nothing to escape from; it had no predators. The kiwi bird is the national symbol of New Zealand, and New Zealanders are known as "Kiwis" all over the world. If you yell "Kiwi!" when Graeme is working on your lawn, he will turn around with his big friendly smile, and wave.

Graeme Beresford started his career working in forestry with his Dad in New Zealand. It wasn’t long before he had his own forestry contracts for planting, thinning, and bush felling trees. Later, he sold his business to travel around the world, and that is how he ended up settling in the U.S., in Michigan and starting Kiwi Landscaping. Graeme admits he has always been a determined, hard worker, but much of his success has been by building great working relationships with his customers. His fourth customer of forty years ago is still a customer today.

Graeme’s wife, Michele, is a children’s book writer and coined the nickname “Mr. Mow-It-All” in a children’s book about a man who mows lawns. Graeme’s son, Ross, is a part of the Kiwi Landscaping team, and holds a Commercial Pesticide Application license. Ross has worked with his Dad since he was a young boy and has helped to grow the business. It seems that dedication, hard work, and high standards do run in the family!

We are Proud Members of the Michigan Green Industry Association, conducting business under its firm Code of Ethics for:

Kiwi Landscaping has been proudly serving the Greater Milford Community for Over Forty Years.

The lawn maintenance season lasts from April through October. April-May is for Spring prep and clean up. November is for lawn clean ups and winterizing.

While we are maintaining your lawn, we can provide many more expert services, including convenient maintenance plans for your yard.

Learn About Our Expert Services

Maintaining Landscapes and Lawns since 1982 in the Greater Milford Area!

We are known to be dependable, reliable, and on time!

Refer a neighbor or friend and receive a gift of your choice: 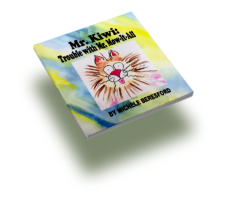